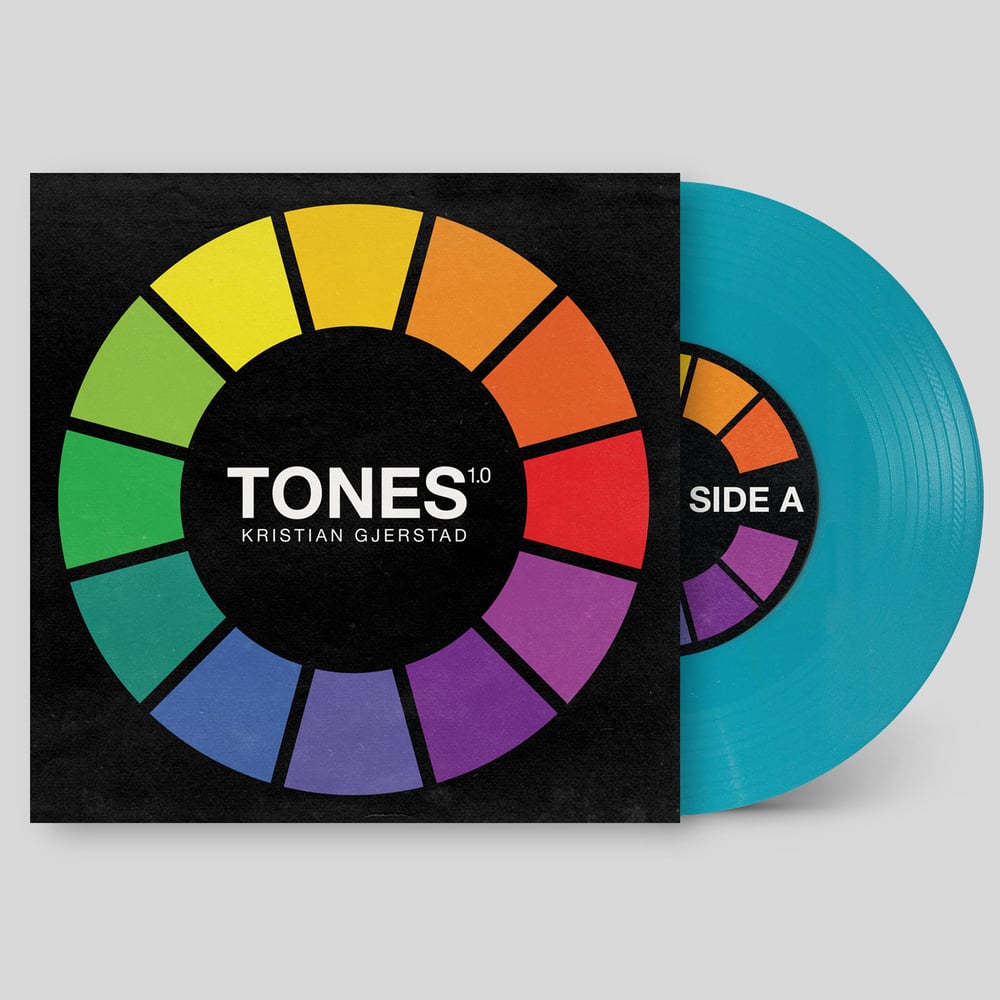 *EU CUSTOMERS* are advised to purchase from: https://woodwurkrecords.bandcamp.com/

Debut release by renowned turntablist and inventor of the 'Button Box' Kristian Gjerstad. Tones 1.0 is a record specifically made for the purpose of melodic scratching, although it is not limited to just that; it can be also used as a production tool. Think of Tones 1.0 as a synthesized toolkit that blurs the lines between live performance and production.

Side A consists of 8 locked modulating tones (4 bass tones and 4 lead tones) that have been recorded from various analog synthesizers. They were recorded live while manipulating cut-off frequencies, resonance and LFOs to a click track at 133.33 BPM. This gives the tones extra rich sonics and more depth while being scratched. Each bass tone is recorded at middle C (C3) while each lead tone has been recorded an octave higher (C4).